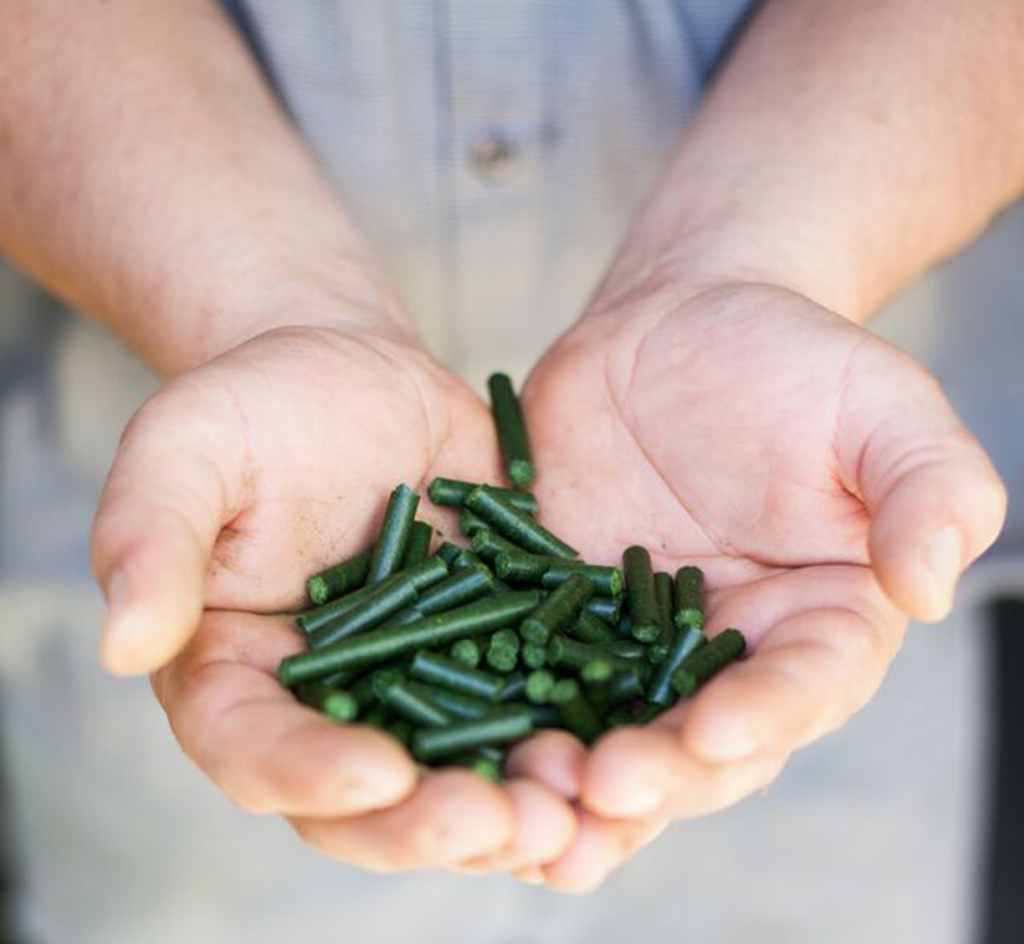 In 1984 Carlton and Shari Bert moved to Larned, Kansas to help run the local Bert & Wetta alfalfa dehydrating plant. For decades, Bert & Wetta Alfalfa had been sold in bulk quantities as a feed ingredient, all over the continental U.S. and internationally. But until then, Bert & Wetta had never sold their premium alfalfa as a standalone product.

Shari and Carlton had seen the tremendous benefits of feeding their alfalfa as a standalone ingredient to pets and livestock, and wanted others to have the same opportunity. The couple began small-bagging and baling alfalfa, and selling it to local feed stores – and so US Alfalfa was born.

“We’ve looked into a lot of other products given how popular the bale has been – however, nothing we’ve put out ever stacked up quite like the [US Alfalfa] bale. I know there are a lot of other chopped alfalfa products out there today, relative to 30 years ago, however I can honestly say that I have yet to find another product that beats US Alfalfa in terms of shelf life, protein levels, and pricing.”